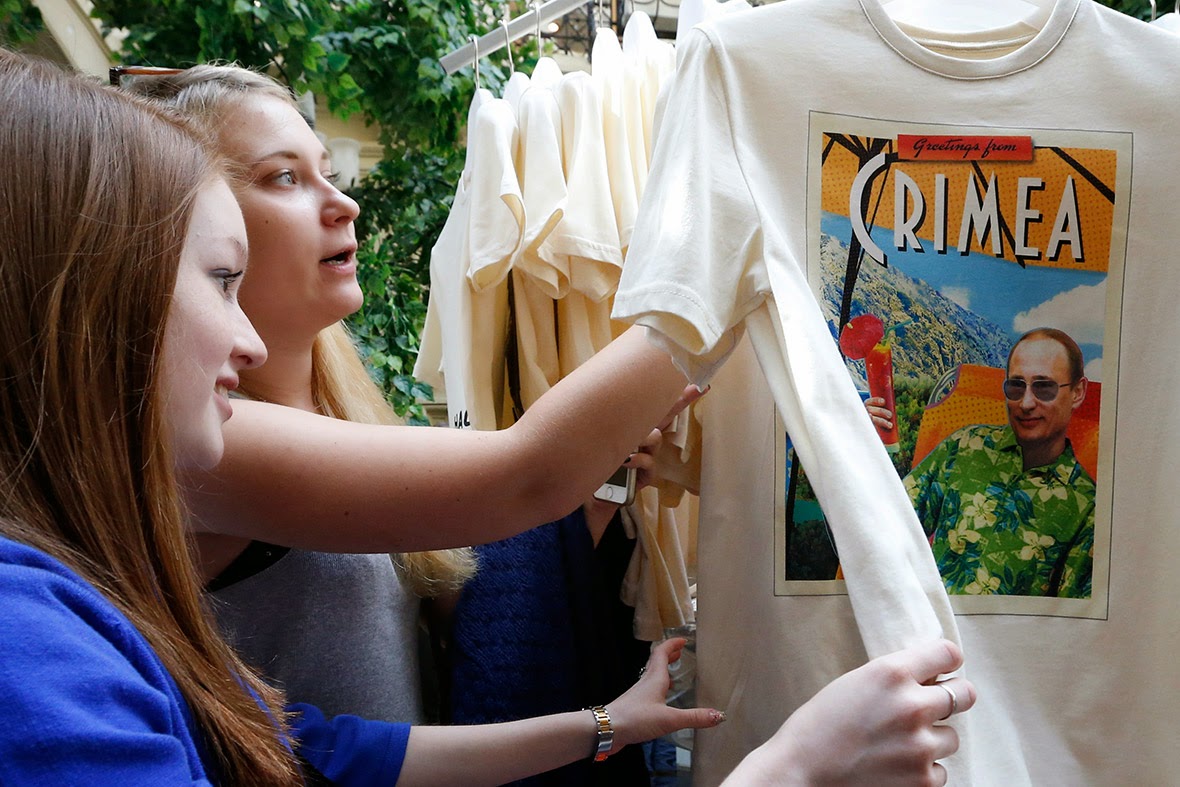 It’s no secret that cheap custom tee shirts can
be used as highly effective branding tools, so it should come as no surprise
that supporters of Russian President Vladimir Putin are buying customized
shirts bearing graphics of the political leader to show their support. What is
surprising, though, is just how popular these custom tees are.

After the success of an initial printing,
hundreds flocked to one of Russia’s biggest department stores in Red Square
when more of the custom tees were made. Even notable celebrity Mickey Rourke
was willing to wait in the two hour line to get his hands on some of the customtees, which cost about 1,250 rubles or $34.80 U.S. each.

The shirts were so popular, in fact, that the
manufacturer reported selling more than 7,000 in just one day.

The Putin graphic tee shirts came in 15
different variations, each with the Russian political leader in a different
pose accompanied with a different phrase. One features a famous image of the
former Spetsnaz in a military uniform riding a horse, and another shows the
world leader wearing a pair of shades. Some of te slogans include phrases
like, “They’re not gonna get us,” and, “The most polite
man.”

The designers of the custom tees say the
collection was inspired by a number of recent events, including the success of
Russia at the Winter Olympic Games in Sochi, the triumph of Russia’s national
hockey team in the world ice-hockey championship, and the reunification of
Crimea with Russia.

For Mickey Rourke, the shirt isn’t a political
statement, but merely an expression of his appreciation for the country. The
actor is dating a Russian woman, he says, and loves everyone in her family,
from her father to her babushka.

The Hollywood star said, “To me it is all
about family.”