Skip to content
TheShirtPritner.com, A Company That Doesn’t Care!
Posted on November 27, 2012 by admin 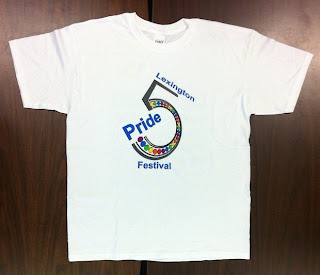 A Kentucky based t-shirt company known as Hands on Originals
or the Chick-Fil-A of T-shirts, refused an order from a Gay and Lesbian
Services Organization to print the above custom t-shirt.  Hands on Originals stated that they are a
Christian company who did not support the t-shirts message.  The Gay and Lesbian Group filed a case with
the Lexington – Fayette Urban County Human Rights Commission.  While an agreement between Hands On and the
Gay and Lesbian Group has not been reached it appears that the commission has
found Hands on Originals guilty of violating the city’s fairness organization.  At TheShirtPrinter.com we can assure you that
we will never turn away any custom t-shirt order based on our customer beliefs.  We are not moral police; we are non-judgmental
screen printers who believe that everyone has the right to express
themselves.  For help with your customprinted t-shirt order reach out to us at TheShirtPrinter.com.