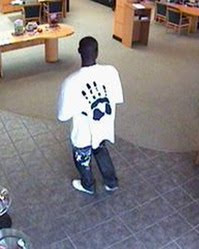 Despite our warning, wearing custom t-shirts while executing a bank robbery is becoming all the rage! Sleek black suits and masks of former presidents are no longer in vogue. Long gone are the days of the basic black ski mask. Today’s hip criminal wants credit for his acts of ignorance and the best way to do that by wearing a custom t-shirt that will easily identify him. To stay on top of this trend TheShirtPrinter.com will soon be going digital which will allow us to lower our minimum order to one product! So if you are a carjacker, bank robber or just the basic stay at home and beat your wife type of criminal TheShirtPritner.com will be here for all your custom apparel needs. In addition to custom t-shirts we have custom sweatshirts for those criminals working the northern circuit and we will be offering custom tote bags to carry the loot. For the lady gangster we offer custom thongs. Great for distracting the security guards! We haven’t yet completed our pricing structure for the new direct to garment printing service but rest assured that robbing a bank won’t be necessary to pay for your custom apparel.
Read the full article “Man in “Gangsta” T-shirt Robs Local Bank”

It’s that time of year! Bands across the nation are gearing up for the upcoming season. Horns are shined, drums are tuned, and uniforms are pressed. The only thing missing are some stylish custom printed t-shirts from TheShirtPrinter.com. Unless you think your band can pull off a Susan Boyle make sure TheShirtPritner.com has them looking good in some jazzy custom apparel! We have custom t-shirt templates available or you can design your own t-shirt using our design lab. Get a Quick Quote on-line and discover how cost effective custom t-shirt printing can be. If all of your t-shirt questions aren’t answered please contact TheShirtPritner.com for further assistance with your custom apparel order. One Band, One Sound, One Look! Get the look at TheShritPrinter.com

A Fremont California Man had to learn this lesson the hard way. Twenty-One year old Nick Husain was arrested for bank robbery after he was identified by his custom printed t-shirt that said “Got Olives?” These t-shirts were printed for volunteers at the city of Fremont’s annual Olive Festival at which Husain was not a volunteer. Is it possible he stole the t-shirt as well? Nick, we have a suggestion for your next custom printed t-shirt, how about one that says “Got Bail?” 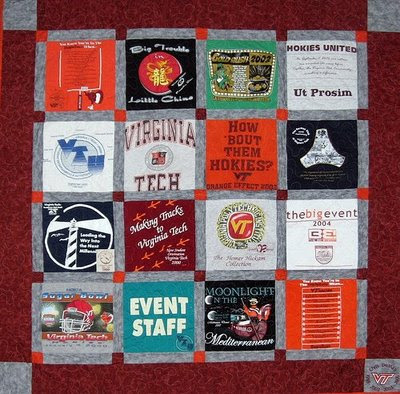 When I open my bottom dresser drawer the story of my life bulges out in various graphics printed on our favorite fabric, cotton. You too have that bottom drawer packed with old T-shits that you know will never be worn again. We would all love the extra space but can’t seem to part all the great memories these shirts represent. If you’re like me, most of them you couldn’t even wear if you really wanted too so why not do something useful with them? Make a quilt!
You can go about turning screen printed t-shirts into quilts one of two ways. There are a couple of websites out there that will do it for you. It seems pretty simple. Clean out that bottom drawer, mail the shirts to the company of your choice, and a short time later vola, you have a new custom quilt in the mail.
Now, if your more of the type that likes to put your own blood, sweat, and tears into quilting you can break out the thimble and go at it yourself. Visit our friends at eHow.com for instructions on recycling your old t-shirts into a quilt. The site offers step by step instructions on how to make your custom t-shirts a blanket of memories.
No matter which process you use to recycle your old t-shirts you can be sure you will always be able to keep yourself warm with memories. 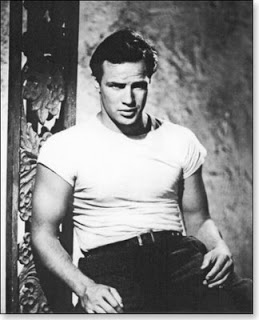 With spring just around the corner long sleeve t-shirts and hooded sweat shirts will soon be tucked away till fall and out will come the collections of classic t-shirts. Ever wonder where the t-shirt came from? Imagine life without? In addition to defending our freedom the United States Military can be cre

dited with the evolution our favorite shirt. The Tunic, was as style of shirt designed by the Romans and later adopted and transformed by the European troops as an undergarment. During World War One, American Soldiers know as “doughboys” saw this light weight cotton shirt and by World War Two the T-Shirt became standard issue uniform for the United States Military. In 1948 the first printed t-shirts went into circulation as part of Thomas E. Dewey’s presidential campaign. The shirt now hangs in the Smithsonian Institute. A couple years following Dewey a character named Stanley Kowalski played by Marlin Brando spent a good deal of the film “A streetcar Named Desire” in his tee shirt. The image of the Brando became an icon in its own right and suddenly the young and restless had a style to call their own. Soon James Dean jumped on the bandwagon, sporting a leather jacket, jeans and tee shirt staring in “Rebel Without a Cau

se “. Posters of Dean in his white tee remain popular today. Then along came the sixties where Hippies abandoned traditional dress for tie-dye. Tee shirts were one of the easiest and cheapest forms of clothing to buy and dye. A decade later the t-shirt became a form of self expression and message emblazoned t-shirts blossomed. Personal viewpoints, philosophies, sexual messages, politics, adve

rtising, and funny sayings could be found. Whatever the message, it was on a tee shirt. Today billions of custom t-shirts are printed and sold every year and TheShirtPrinter.com makes it easy for you to make your own t-shirt. Rather you are wanting to have family reunion t-shirts, spring break t-shirts, summer vacation t-shirts or baseball t-shirts TheShirtPrinter.com gives you complete control of your clothing. The Design Lab is equipped with an immense amount of artwork and fonts. Don’t like what we got? Upload your own! Have fun and Start Designing Now!!!

Today we bring you a bit of t-shirt humor. Well, as you will see it’s not exactly t-shirt but it is definitely humorous! Not sure where this guy is from but based on the excessive amount of Speedo action on this beach I think it is safe to say this was not filmed on a beach in the United States. Thank you for reading TheShirtPrinter.com’s Blog 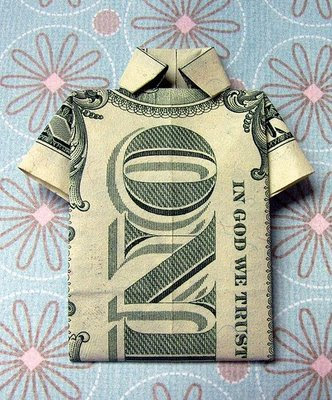 Selling shirts is a great way to fundraiser for sports teams, the local fire or police department, or a school club. T-shirts can be customized to say virtually anything and are something everyone uses. Also, when someone wears a t-shirt that represents a specific organization, it garners bonus publicity for that organization.


What better way is there to increase buzz for your club or team than to have people pay you to become walking billboards?

T-shirts are great because selling them can be one of the most convenient options available if organized properly. Websites like TheShirtPrinter.com, an online custom t-shirt printing store, are great because they offer options specifically designed for t-shirt fundraisers.

It works like this: an organizer sets up an account, makes a profile, designs the t-shirt and sets the price. Then, when people want to buy the shirt, all they have to do is go to the website where there will be an online order form. To see a sample order form click here. With this form, the customer selects their size and style, and pays online. That way the organizer doesn’t have to worry about keeping track of money or running out of inventory. TheShirtPrinter.com is paid a base amount per shirt and the difference between this base price and the price that t 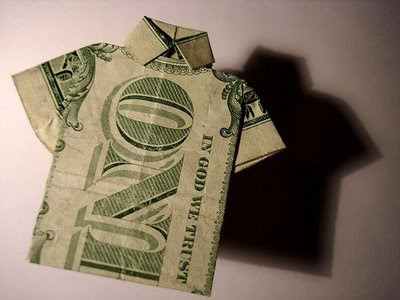 he club or team has set for each shirt sale goes to that particular team or club. Therefore, the organization has control of their profits.

Another fun feature of websites like TheShirtPrinter.com is that you can invite people to have a t-shirt design contest. This is a great program for religious/ church youth groups, and school teams/clubs. Not only will you help build excitement within the group by getting them involved in the design process, but the winning t-shirt design becomes the group’s official fundraising product as well!
Wanna have some fun? Check out this video on how to turn the money you make from custom t-shirts in fun origami shirts!

Need a great new idea to top last year’s family reunion? Consider having custom t-shirts printed. Custom t-shirts are a really cute idea for family reunions and holidays spent together because they demonstrate familial unity, are fun to wear, and prove useful when you forget what the name of Aunt Mabel’s third husband is.

Having custom t-shirts or custom sweatshirts printed for the entire, extended family may seem like too much (or too expensive) of a hassle. Surprise! It’s actually remarkably affordable. Screen printing, the most common form of shirt printing, requires minimal labor and is easy to do in large batches.

It’s also a great option because it’s so easy to organize. Find an online shirt printing company that offers a design lab where you can create your own shirt template. Set up a profile and secure web address. Then email the link to everyone in the family so they can place their own orders. This way, no one person is in charge of money management and you don’t have to worry about running out of a certain size. You might have to help Grandma order hers, but setting up an online account is quick and easy, takes all the pressure off you, creates a fun, unified theme for the reunion and allows everyone to be happy with their sizes and colors.

At TheShirtPrinter.com, group orders can be set up in any one of the following ways:

As a Custom Group Order Form that includes a set price per t-shirt and a minimum order of 20 items.

Or, as a Fundraising Order Form which allows you to set the retail price for t-shirts, sweatshirts or any other custom print order. With this option, groups and sports teams will receive the difference in price for what TheShirtPrinter.com charges from the custom-set retail price of each garment. A minimum order of 75 pieces must be met.

For this and other great school or team sports fundraising ideas, visit TheShirtPrinter.com! 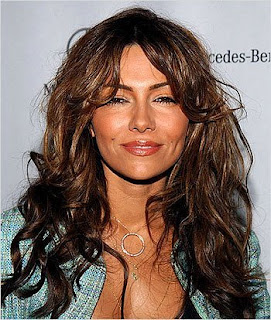 When Vanessa Marcil, most recently known for the Hallmark Channel original movie The Nanny Express, was asked what she wished she still had from her childhood she responded by confessing her love for Kirk Cameron!

“Two things: I had this Growin 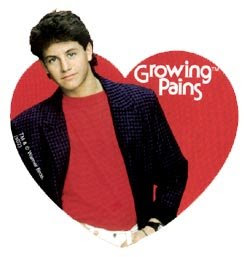 We love you Vanessa! If you ever need help designing your own t-shirt. Please look us up! 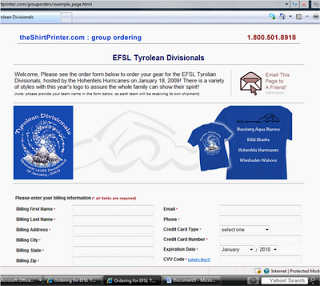 TheShirtPritner.com is launching a new portion of our site that will ease the burden of being the person in charge of ordering shirts. Whether it is for the local little league team t-shirts, your family reunion t-shirts, or your church group t-shirts collecting money and sizes becomes a hassle. Dump that responsibility on us! Simply let us create a custom on-line order form for you. This is a great tool for you to manage your orders. No more worries of collecting money or sizes!
Soon this will be 100% available via the site but in the mean time, feel free to contact us if this is something that would benefit your organization.
Click here to see a sample order form.